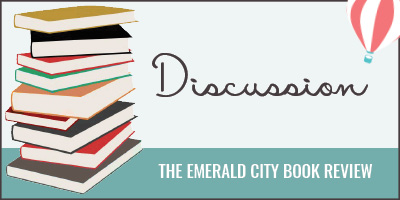 All books, in a sense, exist in order to bring forth pictures in the mind. But should those pictures be specifically embodied in a visual medium? When are illustrations helpful, and when are they distracting or disturbing? Is it better for readers to make their own images? Or can a good collaboration between author and illustrator create a result that is more than the sum of its parts?

When I reread the Oz books as a picture-less electronic text, I was struck by how different this experience was from reading them as a child. The images by John R. Neill, who illustrated all but the first of the original series, had made a deep impression on me. Full of life and vivid character, they contribute a piquancy that Baum’s text sometimes lacks, in its pallid or generic descriptions. I’m quite sure that this visual element was as important to me as the words for making Oz seem a real and attractive place.

We expect children’s books to be illustrated, but what about books for adults? We’re being increasingly shaped by visual media, and every time I go to the bookstore I see a mind-boggling array of visually stunning volumes. But novels still are seldom illustrated, nor are works of philosophy or science or history usually given an artistic, interpretive treatment.

There are some specialist publishers that do this, The Folio Society being the main one that I know of. I always get a kick out of seeing Folio do illustrated versions of unexpected works like Kierkegaard’s Fear and Trembling, or The Interpretation of Dreams by Sigmund Freud — even if I wouldn’t buy them myself, I think it’s an interesting experiment to make.

The books I’m more drawn to are the narratives, and here I often have mixed feelings. I am usually not coming at them afresh, but looking at a text that I already know and judging whether the pictures give the same impression as the reading experience. Not whether they match pictures in my head — I don’t visualize characters or settings so specifically. But the words give me certain feelings; do the pictures evoke the same feelings? Or do they go in another direction, that jars against my vaguely but often strongly held impressions?

I may like some aspect of the artist’s vision, but not be completely satisfied. One case in point is the Folio edition of The Deptford Trilogy by Robertson Davies (you are all reading Robertson Davies, aren’t you?) I love the idea of combining characters and incidents from the book, saints and figures from the Tarot. That was brilliant, and the artist did not shrink from portraying the chthonic emotion, the archetypal mythic currents that Davies seeks to expose beneath the prim moral exterior of Canadian provincial life. But I find his style too aggressively ugly overall, and thought there should have been some element of beauty and mystery as well. To me, that was an important element of the trilogy too. (I do love the cover, which is perfect.)

It’s rather like the problem of translation: a work translated into another language can never be the same as the original, but it can strive to give a similar experience, based on the particular conventions and associations in the second language. Is it archaic, formal, wild, deliberate, transgressive, prissy, melodious, laconic, flippant? These qualities can be conveyed using the tools available in another language — which may be quite different from those in the first, but still reach toward a similar effect.

So in the “language” of art one can try to strive after such similarity of effect. Opinions will differ about the success of such projects, because each reader has a somewhat different experience of a text. And there can be multiple treatments that are satisfying in different ways, too. I don’t think there’s any definitive or right answer to the question of how to represent a book’s contents, but it’s a rather fascinating question.

How do you feel about illustrated books? Are you attracted by them, or do you prefer your text unadorned? Are there some illustrations you find more successful than others?

Linked in the Book Blog Discussion Challenge hosted by Nicole @ Feed Your Fiction Addiction and Shannon @ It Starts at Midnight!

25 thoughts on “Should books be illustrated?”