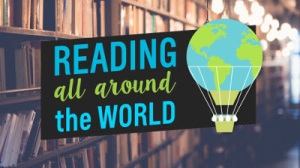 This project is an open-ended one, with the intention to read books from or about at least fifty different countries of the world. Here’s what I read this year so far:

I reviewed Bronze and Sunflower already, and I’m a little unsure whether to count The Praise Singer (a historical novel about ancient Greece) but here are mini-reviews of the other books on my list. It’s been a truly wonderful tour!

I started out with two first-hand accounts of World War II. I Was a Stranger, British Brigadier General Hackett’s memoir (one of the lovely Slightly Foxed series) is a moving and harrowing account of his escape from German hands through the bravery of Dutch resistance workers and their families. Meanwhile, in War Diaries (elsewhere titled A World Gone Mad) we have the journal author Astrid Lindgren kept as a young wife and mother in neutral Sweden. She provides a record of the up-and-down thoughts and feelings of someone on the edge of the action, enjoying the benefits of not being in a country torn by war, while deploring its evils. For anyone interested in the time period, these two books will bring unique insights into the authors’ experiences. (I was a bit disappointed, though, that Lindgren’s diaries contained little reference to the genesis of Pippi Longstocking, which occurred during this period — but she considered other things more important at the time perhaps.)

Another neutral country is covered in The Gilded Chalet. Looking at books that were written about or in Switzerland (including Frankenstein, Ulysses, The Magic Mountain, A Farewell to Arms, and Tender Is the Night, along with a good many spy novels and noir fiction), longtime resident Padraig Rooney gives us a dark-edged view of a land that is more complex than its popular image would suggest. Rooney makes no secret of his prejudices and blind spots (the Chalet school books and Rudolf Steiner are rudely dismissed, while Heidi is barely mentioned) and blithely admits to not bothering to finish books or visit museums when he doesn’t feel like it. His use of outdated pop culture references made me roll my eyes at times as well, and I wouldn’t take his opinions for gospel. Still, I enjoyed this quick slalom through a certain subsection of Swiss literature and history, particularly the seamier side.

Moving on to more unfamiliar territory for me, The Last Gods of Indochine draws on the real and imagined history of Cambodia, focusing on the mysterious temple complex of Angkor Wat and alternating between two streams of time. Ferrer imagines the granddaughter of a real-life Victorian explorer who goes on her own journey of discovery in 1921, becoming strangely intertwined with a boy from centuries earlier who is caught up in religious and political turmoil. There were some especially strong passages about mystical experiences that convincingly got into the mindset of an earlier age, but an unnecessary and non-historically-based love interest, and an abrupt “hooray for science!” ending somewhat marred for me what otherwise was a very interesting trip into the past.

Back to the present with Americanah, a book that was mentioned several times when I asked for contemporary fiction recommendations. This is another journey, away from and back to the heroine’s country of Nigeria and her childhood love, along the way sharing with us her brutal, enlightening, comical, destructive, empowering experiences. An annoyingly didactic tinge crept in at times, but Adichie’s beautiful writing and powerful sense of place pulled me along. 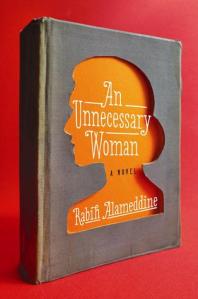 The title character of An Unnecessary Woman, meanwhile, journeys mainly within the walls of her Beirut apartment, obsessed with creating Arabic translations of world literature that no-one will ever read, and circling through memories — of childhood and war; of her detested former husband; of his sister, her best friend; and gradually of long-hidden secrets that break open into a new chapter of her life. This rambling, chapter-less book is more an extended personal essay than a novel, and takes patience to follow, but may reward a patient reader with its insights into this neglected woman’s world.

After these dense and somewhat heavy books Esperanza Rising, a well-received children’s book about migrant workers, was a much quicker and lighter read that also tackled some difficult issues. The title character (based on the author’s grandmother) is a young girl displaced from Mexico to California during the Depression, and having to adjust to the loss of wealth and family. This is a thoughtful, beautifully observed book for young readers that will help them understand some of the difficulties faced by immigrants.

One Half from the East took me into the world of another young girl, this time in Afghanistan, whose family is also rocked by tragedy. When Obayda’s father loses his legs in a bomb explosion, she is transformed into a bacha posh — a temporary boy — to bring luck and hopefully a new male baby to the family. The exploration of gender roles was fascinating and timely, as Obayda at first hates her disguise but then embraces the freedom it brings her and dreads losing it. No easy answers are to be found, but these are questions we must explore with girls (and boys) from a young age if we are to move into a more equitable future.

Finally, Season of Migration to the North was a true classic in translation, a rare book available to us from Sudan — the author worked closely with the translator to produce a work that is as beautifully written in English as in Arabic, the language in which it was originally published in 1966. An unnamed narrator, returned from study in the West, meets another former expatriate who confides in him a mysterious and brutal past life, then disappears. Coming to terms with this strange encounter forces the narrator to wrestle with the challenges and contradictions of post-colonial life, and we as readers are enriched and shaken by his journey.

I’ve absolutely loved this journey so far, and will look forward to visiting more countries next year. Have you traveled around the world in books? What places have drawn you most?

20 thoughts on “Around the World project so far”